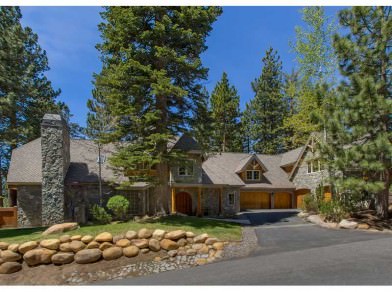 Some people know Incline Village as the former home of the Ponderosa Ranch. Others know it because its the biggest community on the Nevada side of North Lake Tahoe.  What is Incline Village, Nevada and why should you buy a home here?

Incline Village’s village nickname is “Income Village” and used to be home to the millionaires of Lake Tahoe, but that is no longer the case. The standing joke is that the billionaires drove out the millionaires..while that isn’t true, the area is attracting a lot more residents with higher incomes.  Almost half of the homes for sale in this area are priced over $1,000,000. If you leave out the condos, this number is more over 60%.   Recent sales shows that lakefront homes will normally start above $4,000,000, if one can find them. In the last year the Incline Village lakefront homes sold for $4,600,000 to $19,500,000. Oracle founder Larry Ellison is selling his South Lake Tahoe, NV home for $28,500,000 so that he can focus on his Incline Village retreat.  He bought up 3 lakefront parcels in order to build a rustic compound complete with a beach house, writer’s cabin, pool and a pond with an island. Other large estates were owned by Michael Milkin and Steve Wynn as well as many other heavy hitters in the financial world.

The residents of Incline Village that venture out can be found at the community beach and parks.  The 4th of July is big here as well, with private and public fireworks shows and local festival.

If looking for homes in Incline Village, you can search the 15 different neighborhoods on Paradise-RealEstate.com. They are found on the lake side of Hwy 28 as well as up the hill around the golf course and lining the Mt. Rose Hwy.

The old history of the region is much like that of the rest of Lake Tahoe:  summer home to the Washoe Indians for centuries until westward migration of Americans started.  There was a pass through the area for those looking for gold in California, and then later for silver in Nevada.  Much of the basin was clear cut to build the mining towns of Virginia City, Gold Hill and Silver City as well as for creating the support for all of the mines.

Wealthy people started to vacation in Lake Tahoe in the late 1800s and early 1900s.  They built fabulous vacation homes, several of which are now part of the State Parks systems.

Nevada legalized gaming in 1931, but it was during the mid-1950s when the casino industry in Tahoe took hold. The Cal-Neva Lodge became the premiere entertainment spot on the North Shore in the 1930s, and then again in the 1960s, thanks due to the popularity of part owner Frank Sinatra. Lakeview lots in Crystal Bay were offered for sale at a small fraction of today’s costs.

Sinatra’s era, following so quickly behind the Olympics, and coupled with the notoriety brought to the region by the Bonanza television series, made Incline Village and Crystal Bay highly desirable communities. Many celebrities who had fled the metropolitan rat race settled on the north shore of Lake Tahoe to raise their children in relative peace and quiet.

The planned community of Incline Village – a year-round recreational town – was developed in 1960. In the late 1960s and early 1970s, essential projects such as roads, schools, beaches, grocery stores, banks, restaurants, a golf course, and a ski resort were added.

While most homes are priced higher here than in the other areas of Lake Tahoe, there are still condos that can be found for under $500,000. Many of the condos will be in the popular McCloud area, near the business district surrounding the Hyatt Lake Tahoe or along the golf courses.  Incline is part of Washoe County who’s county seat is Reno, NV. There is one high school, one ski resort in town (Diamond Peak) and others close by.  The town has grocery shopping, resort boutiques, some shopping, recreation facilities and some award winning restaurants.

If you are interested in learning more about Incline Village, Nevada real estate, contact me and I’ll be happy to help.  You can also sign up for email notifications of all homes for sale.

The Tahoe Keys Neighborhood You can ask any local in town: “What neighborhood in Lake Tahoe has the nicest homes and the best… 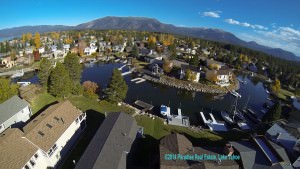 The Tahoe Keys neighborhood tops the list as one of South Lake Tahoe’s most highly sought after areas to purchase real estate.…

During the late 1950s and early 1960s, the marsh at the mouth of the Truckee River was developed into what we now…